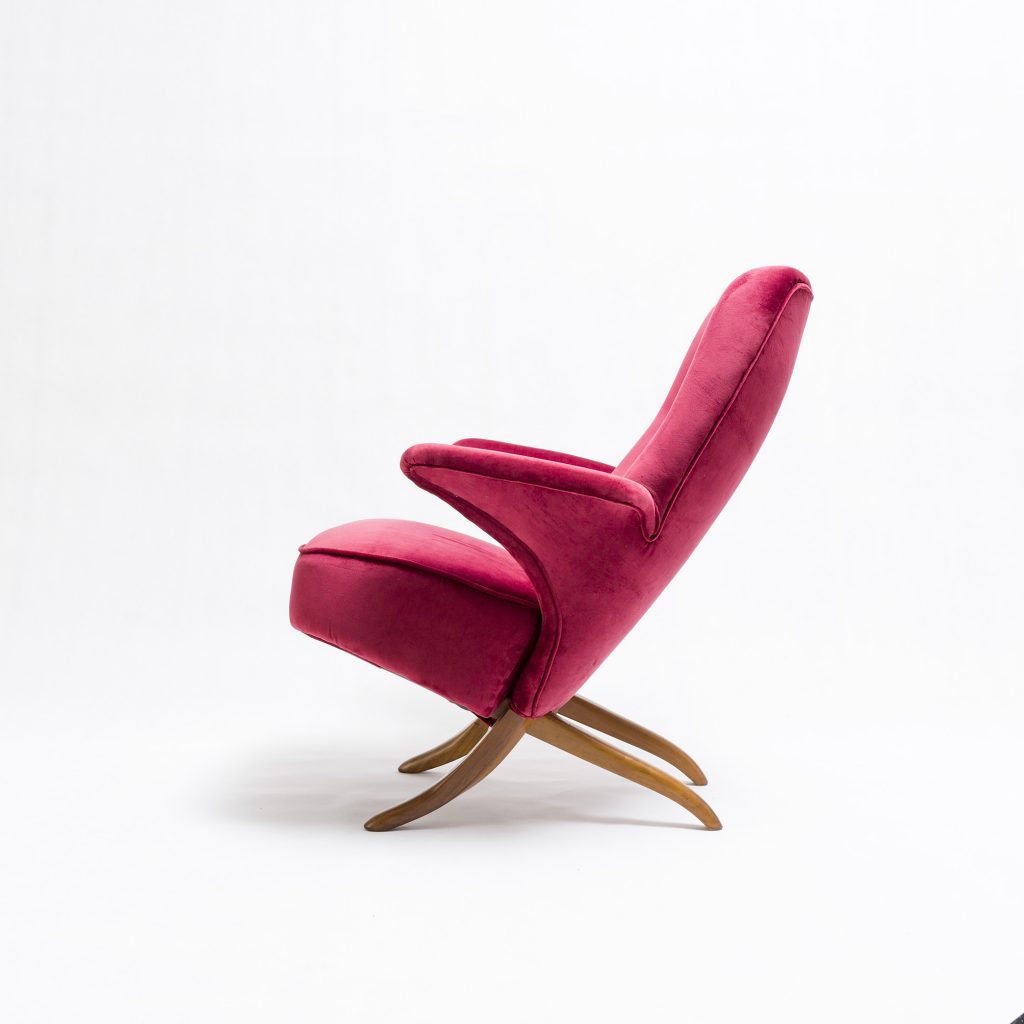 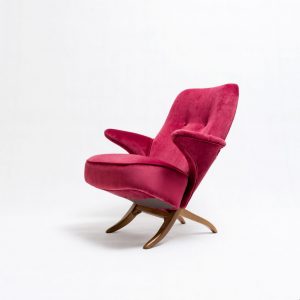 Dutch designer Theo Ruth was born in 1915 in Maastricht. He trained as a furniture designer and interior designer at the Middelbare Kunstnijverheidsschool in Maastricht (which later became the Maastricht Academy of Arts). In 1936, he joined the furniture maker Artifort in Maastricht, and just three years later, in 1939, he became head of design and development, a position he maintained until his death in 1971.

Ruth was Artifort’s first permanent designer, and he had a major impact on its design legacy. His most famous pieces include the 1952 Congo Chair and the 1953 Penguin Chair, both of which were constructed from two interlocking pieces that fit together without locks or screws (the latter’s original version featured a black back and a white cushion to mimic its namesake).