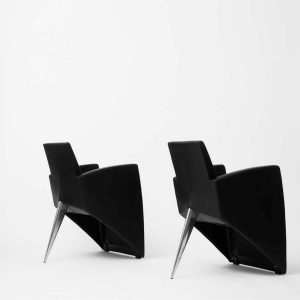 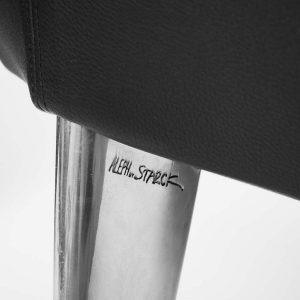 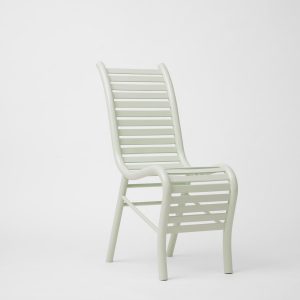 A Pair of Dick Deck Chairs 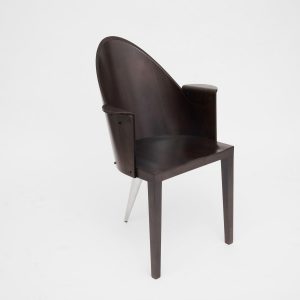 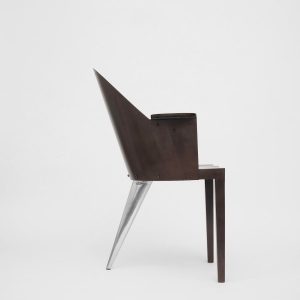 Philippe Starck, (born 1949 in Paris), is French designer known for his wide range of designs, including everything from interior design to household objects to boats to watches. He has also worked as an architect.

Starck studied at the École Nissim de Camondo, Paris, and in 1968 set up his first company, which produced inflatable objects. Always interested in design as a total concept, in the 1970s he made a reputation for himself by creating interiors for clients such as the Paris nightclubs La Main Bleue (1976) and Les Bains-Douches (1978).

Starck first gained international attention when he was commissioned to refurbish the private apartments in the Élysée Palace (1983–84) in Paris for French President François Mitterrand. He went on to design restaurant interiors for the Café Costes (1984) in Paris, Manin (1985) in Tokyo, Theatron (1985) in Mexico City, and Teatriz (1990) in Madrid, among others. Starck was also responsible for the interior design of the Royalton and Paramount hotels (1988 and 1990) in New York City, work that subsequently inspired hotels throughout the world to seek his services. Over the course of these varied commissions, he did not develop one distinct aesthetic or a preference for certain materials. Rather, he addressed the needs of an individual client, whether it was the somewhat conservative character of state apartments or the more flamboyant tone needed for a trendy nightclub. Some constants did develop in Starck’s work, however, such as a preference for fluid, organic forms and the inclusion of subtle, playful details.