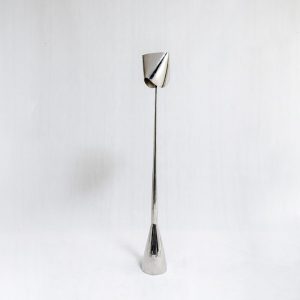 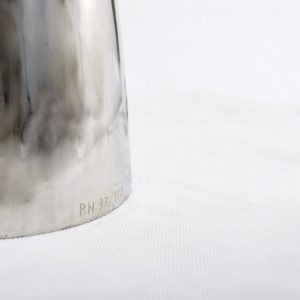 Philippe Hiquily (1925-2013)
Originally trained as a sculptor at the École des Beaux-Arts in Paris, Philippe Hiquily was a friend to some of the city’s famed artists including Jean Tinguely, Marcel Duchamp, and Georges Bataille, among others.

Like Tinguely, Hiquily experimented for a time with motorized, moving sculptures. In 1959 his sculpture won the Critics Prize at the Paris Biennial, and his work has been shown widely around the world.

In the 1960s, Hiquily expanded his artistic practice to produce quixotic, cubist-inspired furniture. Using strange, semi-Gothic tapering forms, animal hides, fossils, and metal, Hiquily’s furniture, including his “Van Zuylen” table, combines the imaginative and whimsical with a more serious sense of the antique