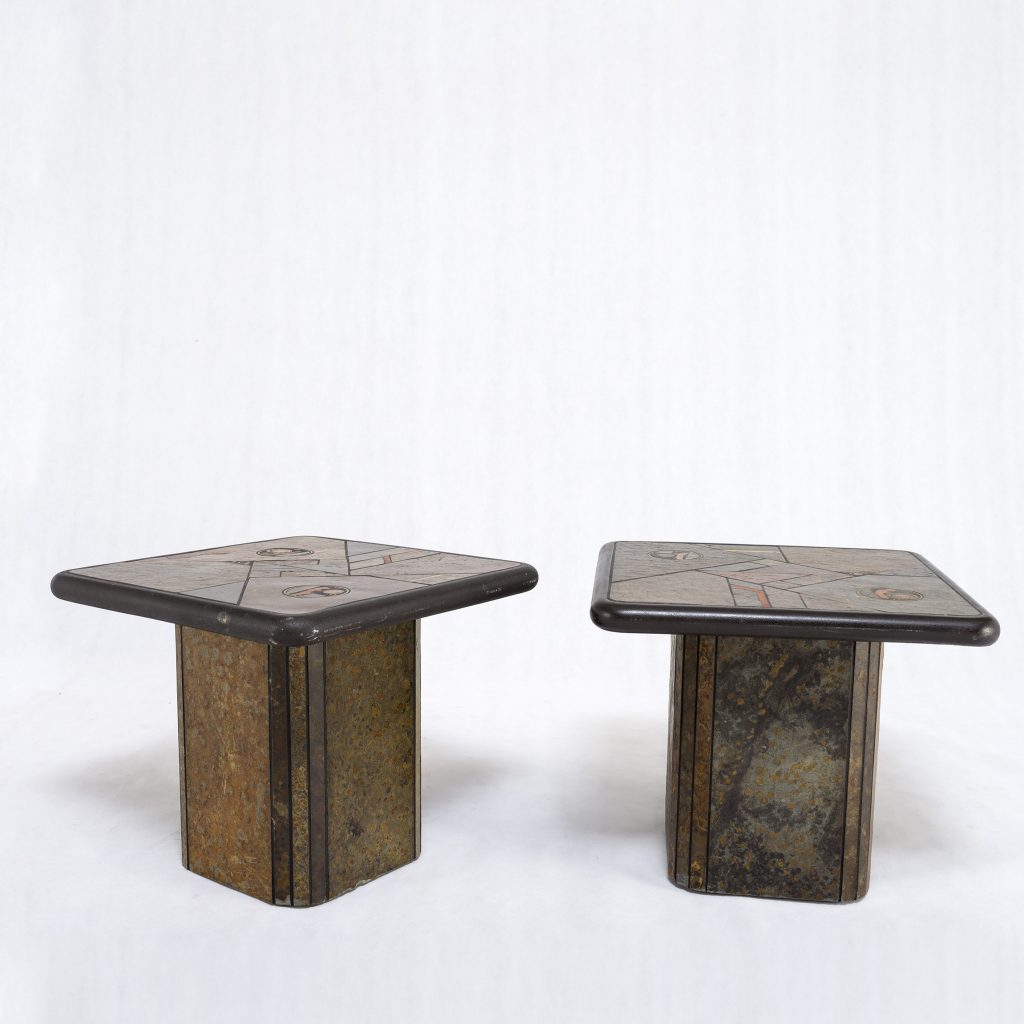 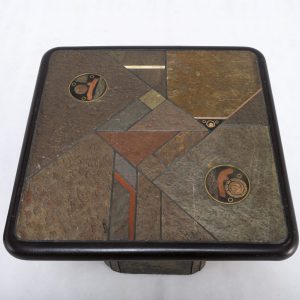 Born in the Hague in 1931, Kingma studied art in Arnhem before training at the Rijksakademie [State Academy of Fine Arts] in Amsterdam and the Royal Academy of Arts in London. Over the course of his career, he was commissioned to create a number of sculptures for public spaces in Dutch cities such as Utrecht, Eindhoven, and Amersfoort. It was in mosaic art, however, that he established his reputation for collectible design. Deeply committed to his artistic expression, Kingma famously said, “The next table is the most beautiful.” The large number of unique tables he handmade from the late-1960s to mid-1980s is referred to as the Kingma or Tableaux Series. He incorporated unique mosaics and stones into tabletops, later incorporating fossils and petrified wood into his practice. Kingma bought, foraged for, and collected these materials during his travels around the world.

Kingma sought to create tables that were first and foremost “self-contained” design objects. In addition to his furniture design, Kingma also taught sculpture and mosaics at the Institute of Visual Arts in Amersfoort, the Netherlands. Kingma died in 2013 at the age of 81.