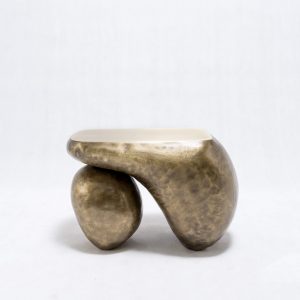 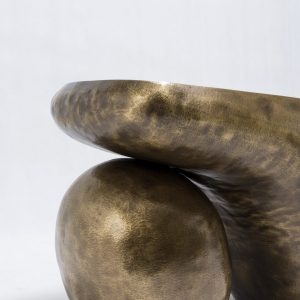 Born in Cremona, Italy in 1965, Mauro Mori grew up traveling the world, discovering the cultural heritages and natural environments that have influenced (which now influence) his vocation as a sculptor and a furniture maker.

His pieces evoke the craftsman’s hands and the human emotions from which they originate. The final shapes of Mori’s designs are revealed by the subtraction of matter from marble or wood. Each piece is entirely hand-­carved. His portfolio includes decorative vessels, large-scale sculptures commissioned for both private and public spaces, and an extensive line of made-to-order furniture pieces. The artist has grown an international clientele of collectors for whom he creates unique furniture pieces.