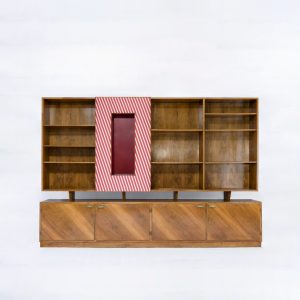 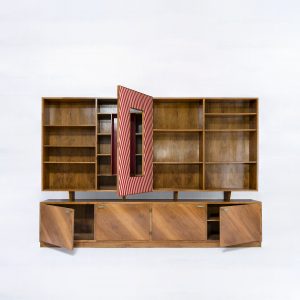 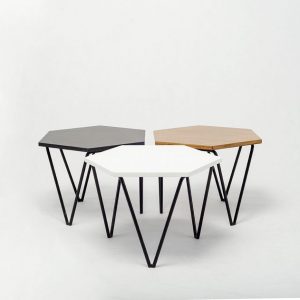 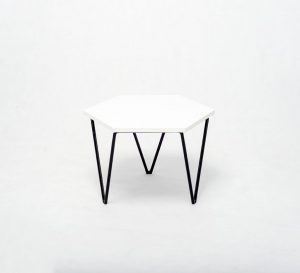 One of the most influential designers of the mid-20th century,  Gio Ponti (1891-1979) helped to establish Italy as a global design center through a diverse career that spanned architecture, industrial design, art, and even publishing.

Born and raised in Milan, Ponti began his career via a partnership with architects Emilio Lancia and Mino Fiocchi in 1923.  During this time his accomplishments included the house on Via Randaccio in Milan (1925) and the Bouilhet villa in Garches, Paris (1926). After 1927 he partnered only with Lancia at Studio Ponti e Lancia PL. It was an arrangement that worked for the next seven years, during which time Ponti was heavily influenced by the neo-classical Novecento Italiano artistic movement.

During this time, in 1928, Ponti also established the Domus magazine. The publication Ponti dedicated to architecture, art, and design became one of the world’s leading magazines of its type, and is still being published to this day.

In addition to his work in architecture, Ponti also worked for the porcelain manufacturer Richard-Ginori in Milan. Ponti served as the artistic director of this centuries-old company and was responsible for renovating their entire production output. These early jobs in the industrial design sector served as a springboard for further work in the field throughout Ponti’s career. Other design projects Ponti later pursued included ceramic objects and beautiful glass bottles such as those he designed for Venini.

He also designed a series of chairs which were considered highly innovative for their time. Among his famous chair designs were the Superleggera and Distex. Ponti also created a variety of lamps for companies like Artemide, Venini, and Fontana Arte.

Between the years 1933 and 1945, Ponti saw a shift in his career when he moved on from his partnership with Lancia and began working with a couple of engineers, Eugenio Soncini and Antonio Fornaroli. During this time the trio was involved in the creation of Fiat’s offices as well as the headquarters for Montecatini, an Italian chemical company. Together they also secured projects with universities, one of which was the Palazzo del Liviano at the University of Padua. The Palazzo became a particularly personal project as it was decorated with frescos painted by Ponti himself.

In 1941 Ponti also returned to the publishing world, helping to create Stile magazine where he continued as editor for the next six years.

At the height of Ponti’s career, along with Pier Luigi Nervi and Arturo Danusso, he earned the commission to design the Pirelli Tower in Milan. Construction began on the 32-story tower, the second skyscraper built in Milan, in 1956. Also during this time Ponti was involved in the design of many other important Italian landmarks, such as the Hotel della Citta et de la Ville and the Centro Studi Fondazione Livio e Maria Garzanti. As the Perelli Tower was completed, Ponti’s grand achievement was lauded internationally. At the height of his career he was invited to collaborate on projects all over the world, such as the Villa Planchart in Caracas, Venezuala and the Denver Art Museum in the United States. Other projects were completed in Hong Kong, Baghdad, Eindhoven, and San Francisco. Clearly, Ponti had achieved international fame for his innovative and eclectic modern designs.

To this day, Ponti’s influence is still evident throughout the design and architecture fields to which he dedicated his life. Ponti’s career was so diversified that he left his mark on the world not only through buildings which are still standing, but also within the art community, the industrial design sector, and even publishing houses. He was involved in the design of structures in 13 different countries, collaborating with over 100 different companies. Ponti’s international influence did not end with his building projects, as he lectured in 24 different countries during his academic career. He also contributed to 560 issues between the two publications with which was involved, not only establishing and editing the magazines but writing for them as well. He even spent his spare time creatively, indulging in painting and writing poetry.

Clearly, Gio Ponti was not simply a man who worked in design, but a true artist whose talent and passion emanated from his core. It is through this legacy that Ponti continues to inspire new generations of artists and designers well into the twenty-first century.