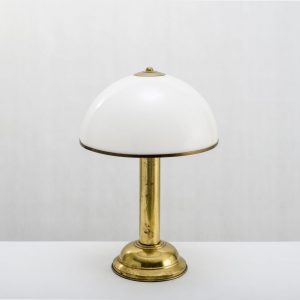 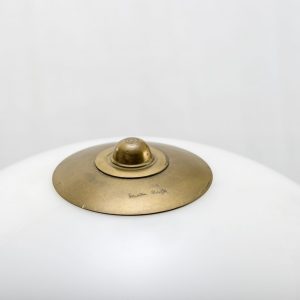 Gabriella Crespi was an Italian architect and designer. She studied at the Politecnico in Milan and her work was greatly inspired by Le Corbusier and Frank Lloyd Wright during this time. Her career took off in the 1950s with her steel moon series of sculptures and lighting, along with sculptural furniture and objects.

In the 1960s, Crespi began working with Maison Dior, designing their home and table accessories and later also designing their furniture during the 1970s. As well as this work, Gabriella Crespi began her renowned Plurimo series in the 1970s that she did in collaboration with her daughter Elisabetta, paying tribute to the designer Emilio Vedova. The designs play on ideas of space, environment and light.

In 1985, Crespi decided to devote herself entirely to her spirit self and in 1987 she moved to India where she lived for almost 20 years in the care of Sri Muniraji, her spiritual advisor. When she returned to Italy in 2005, she continued her spiritual way of life, writing a book and designing jewellery for Stella McCartney, the profits from which were sent to a research hospital in the Himalayas founded by Sri Muniraji.