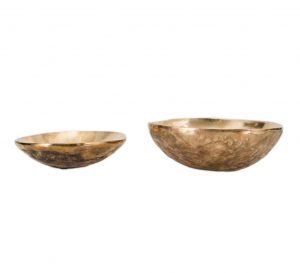 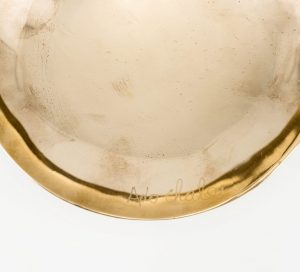 Ado Chale developed his passion for minerals in the mid 1950s, while traveling in Germany. In 1966, he opened a small shop in Brussels, selling rare and beautiful mineral specimens.

Coming from a family of craftspeople, it is no surprise that he began to design furniture and lamps incorporating specimens from his extensive collection. Some minerals were worked into mosaics, and others were used in their entirety, as in his spectacular lamps.

He also inlaid slices of petrified wood, agates, and other colorful hard-stones, such as lapis lazuli and malachite into black-lacquered low tables. He designed a table for the Dior showroom in Brussels, with the witty idea of inlaying mother-of-pearl buttons into the black lacquer. Each of his pieces is unique, as no two mineral specimens are the same.

Ado Chale’s works have been displayed in several museums- World Exhibition in Montreal; Musée des Beaux Arts in Nancy, France; Musée Galliera in Paris. His pieces can be found in several notable private collections, among them Liliane Bettencourt, or British royalty.